The safety and tolerability of once-daily, oral AUBAGIO® (teriflunomide) were studied in >2000 patients across 4 clinical trials 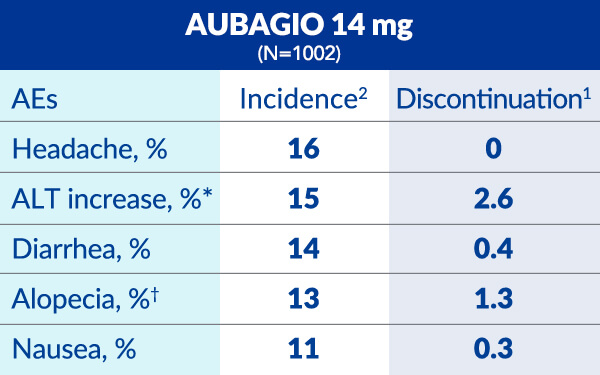 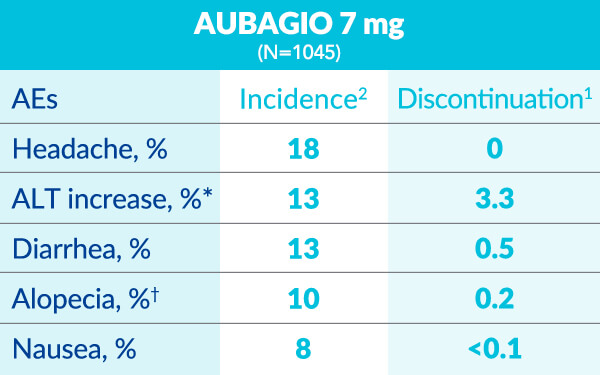 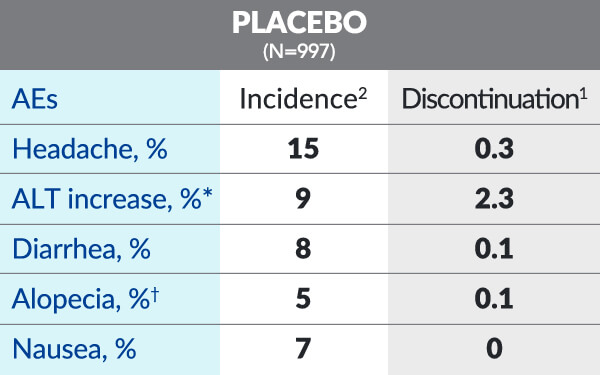 *Patients were to be withdrawn from study treatment and an accelerated elimination procedure performed when ALT >3 times the upper limit of normal (ULN) was repeated within 48 hours, per protocol.2

†The term alopecia is used to describe any type of hair loss. Most cases of alopecia were reported as hair thinning, decreased hair density, or hair loss.1

‡Serious AEs were determined by the physician to be medically important, require or prolong a hospitalization, or be life-threatening.1

Your patients can start and stay with once-daily, oral AUBAGIO, a treatment with a well-established safety profile1-3

Use in Specific Populations: Women should not breastfeed during treatment with AUBAGIO.

YOU ARE ABOUT TO LEAVE THE

YES, continue to the patient site

Sanofi Corporation does not review or control the content of non-Sanofi websites, and this hyperlink does not constitute an endorsement by Sanofi of the site's content.

You are leaving AubagioHCP.com to view another Sanofi Corporation website.

Note: non-medical professionals cannot request a sample from this page.

Use in Specific Populations: Women should not breastfeed during treatment with AUBAGIO.